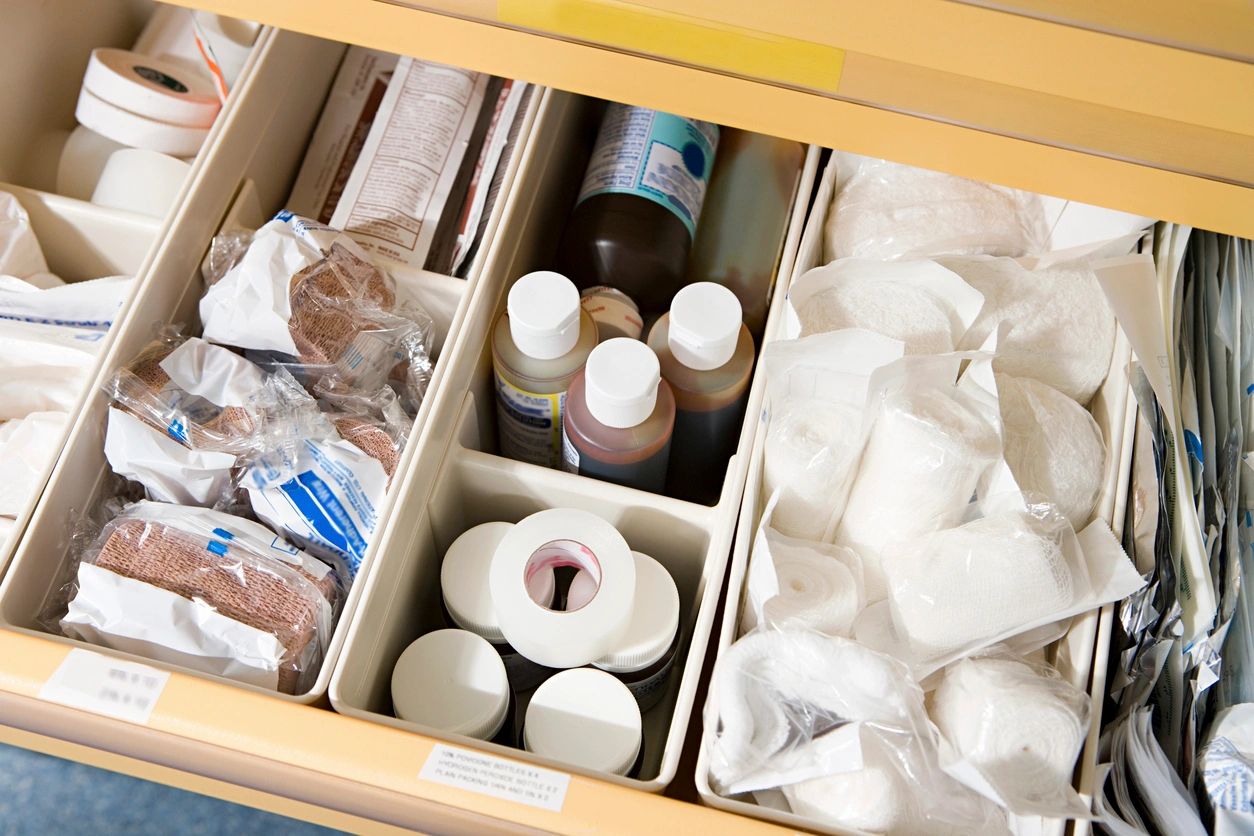 There have been 0 lab confirmed, influenza-related deaths reported in Whatcom County to date this flu season.

The Whatcom County Health Department monitors emergency department visits at PeaceHealth St. Joseph Medical Center through the National Syndromic Surveillance Program. Of the number of people presenting at the emergency department during week 52, 7.86% had influenza-like illnesses. This is up from 4.49% of people with influenza-like illnesses during week 51.

Influenza reporting requirements include outbreaks of influenza-like-illness in institutional settings such as long term care facilities. Because some elderly people with influenza may not have a prominent fever, outbreaks are defined as either more acute febrile respiratory illnesses (>2 cases within 72 hours of each other) within the facility, or any resident testing positive for influenza. There were no new influenza outbreaks reported by long term care facilities in Whatcom County during weeks 51-52. There have been no outbreaks this season.

Two Whatcom County medical practices are CDC Sentinel Influenza Surveillance sites and report weekly the number of patients seen and number of those with influenza-like-illness (ILI). ILI is defined as fever 100 degrees F or 37.8 degrees C (oral or equivalent) or higher AND cough and/or sore throat [in the absence of a known cause other than influenza].

The most current National Center for Health Statistics (NCHS) mortality surveillance data is included below for reference. Of the deaths occurring during the week ending December 14, 2019 (week 50), 5.7% were due to pneumonia and influenza. This percentage is below the epidemic threshold of 6.7% for week 50. 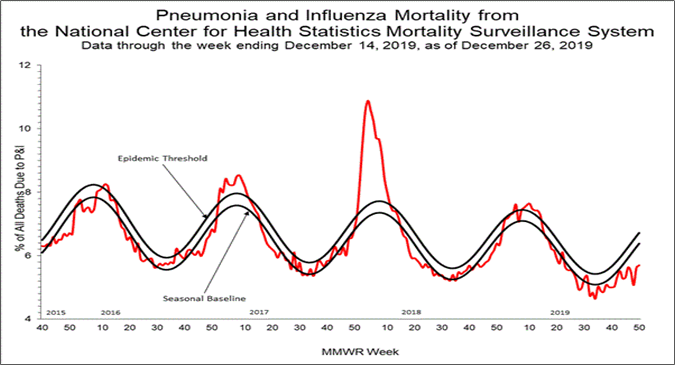 Links to other influenza reports

The mission of the Whatcom County Health Department is to lead the community in promoting health and preventing disease.